For some reason this post got lost in the time travel to and fro satellites and has only just re-appeared! So is published out of order.

Slowly during the day more family members drifted in to the site until we totalled 20, which was about 10 less than last year.

A quick trip to Tesco’s procured the necessary food for the afternoons get together and at 1pm we fired up the bbq, we had the pressure of a 3pm kick off for England v Sweden World Cup match so the demand was for all to be fed and settled down in time.

Thankfully we managed this and half the throng sat down in front of the tv whilst the others continued to talk non stop which is the norm for the weekend, thankfully England won the match and are through to the semi finals, it was great to hear the roars echo around the campsite as England scored their two goals and an extra loud one when they won, there is definitely a party atmosphere here. One couple at the Bash were celebrating their 50th wedding anniversary and another member his 50th birthday so there was cake a plenty and bottles of fizzy popped for a while. 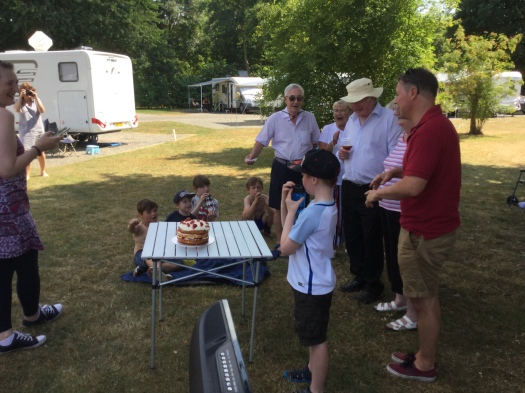 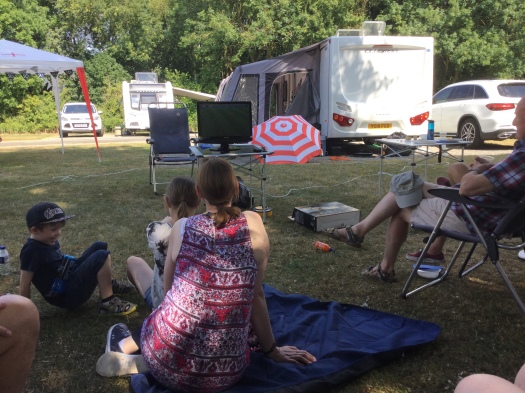 The end of the afternoon culminated in the tradition of a group photo. 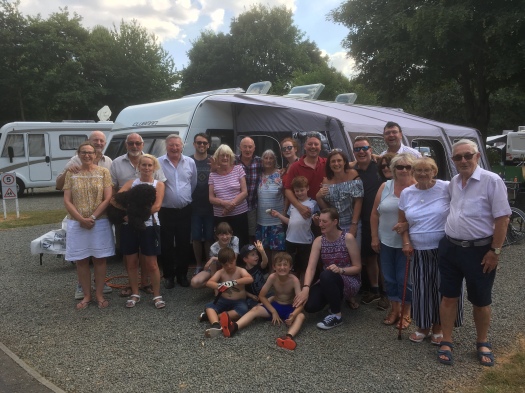