The coast line we followed today is obviously very popular and still busy with tourists, we tried to pull in to two different coastal towns with harbours and beaches but found it impossible to park Homer anywhere.

We stopped for lunch in a car park outside a large primary school and it made me smile as we watched the antics of the parents, some came to collect very young children, but others were bringing older children, some came early, others almost on time and there were those that screeched to a halt and a child bailed out of the car and sprinted for the school door. There was a lollipop lady on duty wearing a short high viz jacket but her lollipop pole was a wooden bat not much bigger than a table tennis bat with halt written on it!

We have moved inland a short distance to Montreuile sur La Mer, which hasn’t been by the sea for centuries as the river estuary silted up a long time ago, we have treated ourselves to a two night stopover on a camp site in what were the former walled gardens of a chateau. The site is just below the walls of an ancient town and we have saved the pleasure of visiting it until tomorrow, instead this evening we went for a long walk along the river that flows below the town. 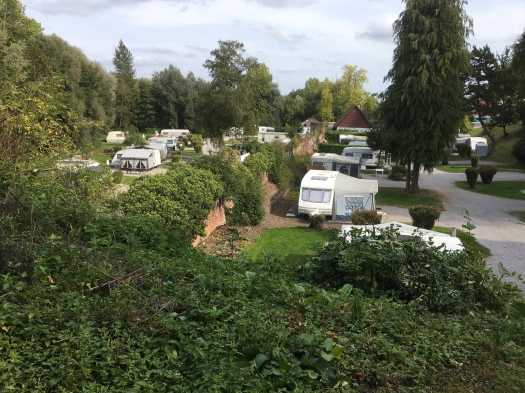 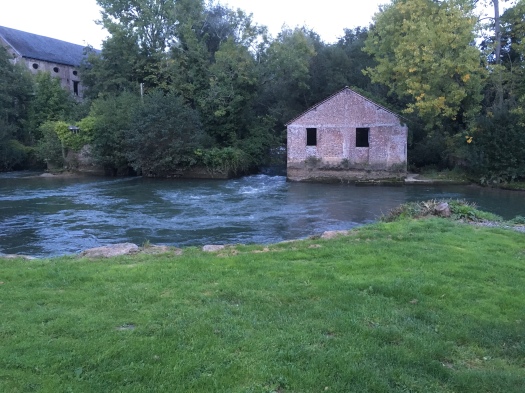