Not so sure about the something borrowed and something blue, but our first port of call this morning was at The Mill Forge Hotel at Gretna Green where almost 10 years ago to the day, accompanied by our joint offspring Matt, Emma, Sophie and Steph, we got married. This trip we are undertaking is in memory of that wonderful time both getting married and our honeymoon. 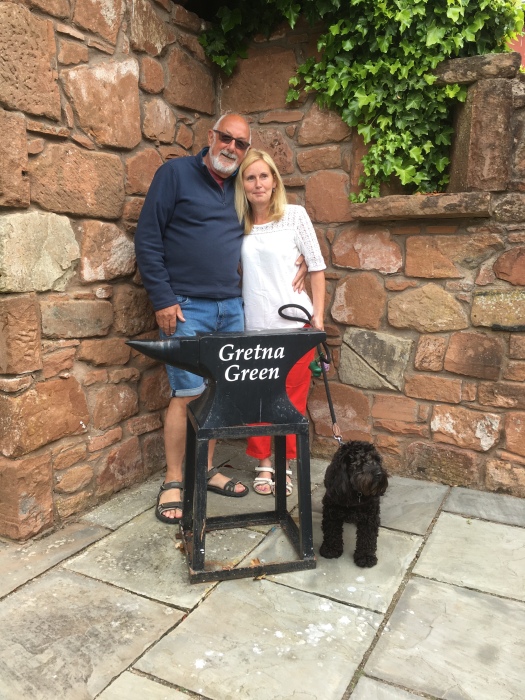 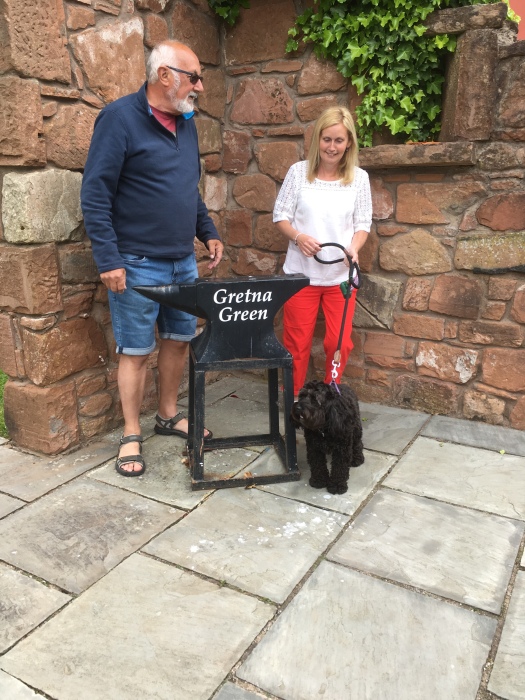 From there we drove along the coastline to tonight’s stopover at Kirkcudbright stopping on the way at the remains of two abbeys, the first in keeping with the spirit of our trip was Sweetheart Abbey, at a village called New Abbey. 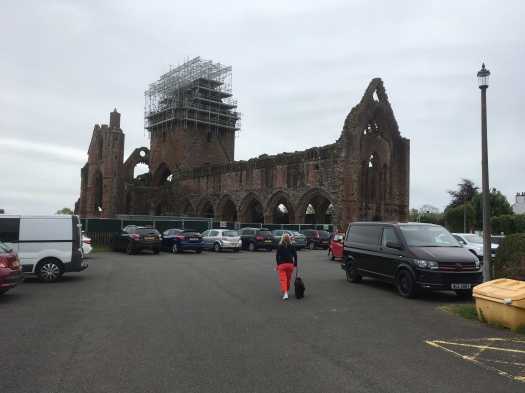 Further along the coastline we stopped at another small village which had the ruins of an old abbey, Dundrennan.

After a lunch break we arrived at the campsite in Kirkcudbright and unfortunately it began to rain. The town is known as an “Artists” town has a number of studios/ shops selling work by individual artists we enjoyed looking but most of it was out of our price range. We splashed out on four coasters depicting puffins to put on Homers new table. 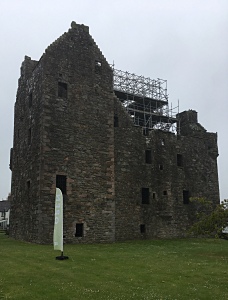 We passed the evening away as usual in Alison and Peters van this time playing trivial pursuit, with modified rules, which Michelle won.