After a drive of 580 miles we arrived home at 1.30am this morning, unfortunately it was accompanied by a annoying whine which I think is coming from the front near side wheel, ah well another visit to the garage! 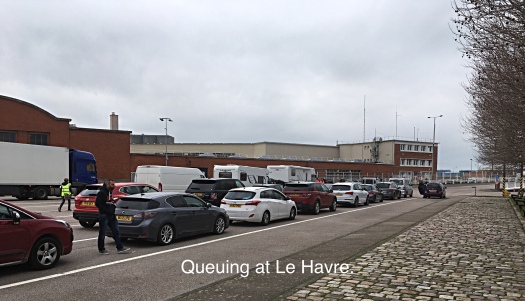 We spent the latter part of our visit doing as usual a mixture of work and leisure, after the wet Sunday for the rest of our time in France the weather was very kind to us, when we rose there was a light frost and the mornings were sunny but cold,however the afternoons were warm and sunny reaching 18-20 degrees.

Mitch and Sophie worked hard trimming a 10m long conifer hedge and a 10 metre long laurel hedge, the laurel had grown rather tall and I was having trouble trimming it down, so Mitch cut up to 2.5m from the top, he had the benefit of youth on his side and was lithe and light enough to balance on a twig whilst he did so. 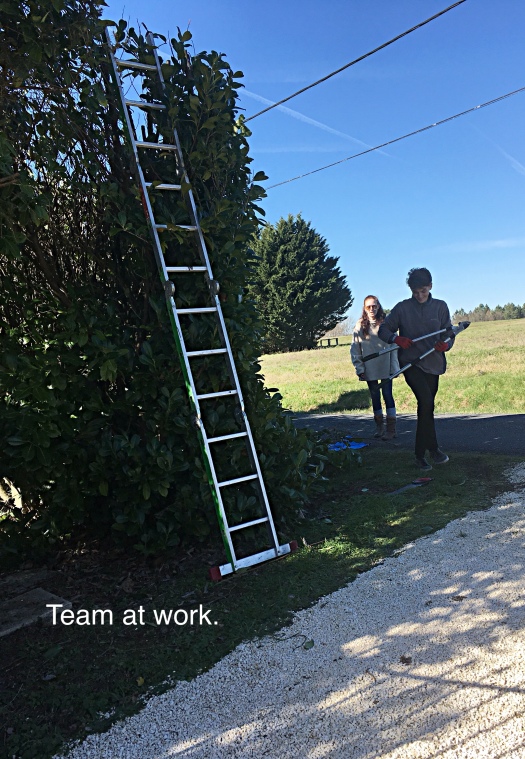 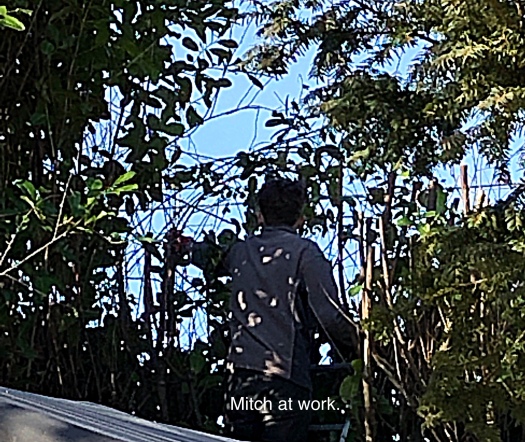 We continued work on the drainage ditch at the rear of the house and Matt who is an electrician, installed a new outside light over the house door, the other had been there over 40 years and had rusted away, but the bulb still came on! 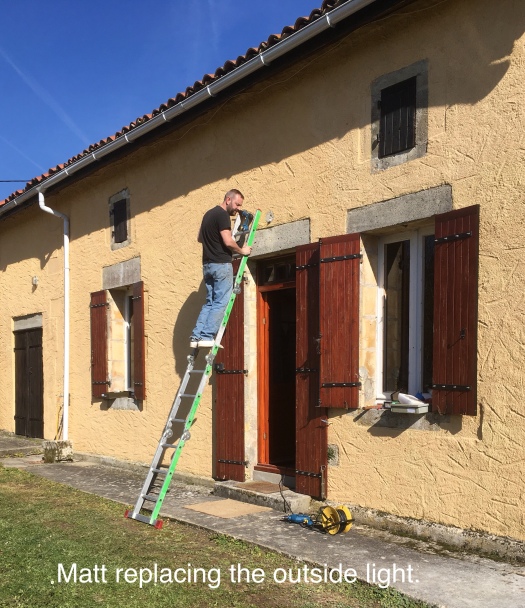 It wasn’t all work though, we took time off to show Mitch around Bergerac where we had a good lunch and Saint Emilion where we enjoyed drinks in the square, Mitch even tried a glass of St Emilion wine. 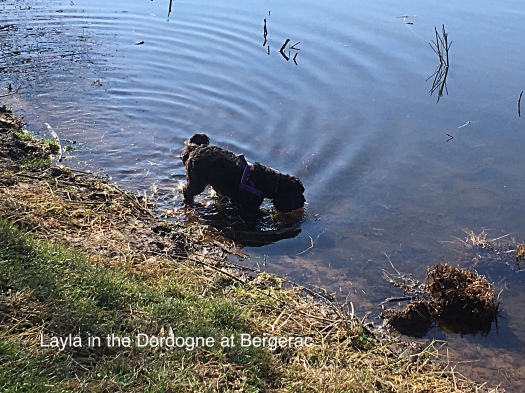 As per normal we had to take Layla to the local vets before we began our journey home, we managed to persuade them to give Layla a tablet instead of an injection to treat any possible tapeworm infection, not cheap at 49 euros.

We are still waiting on the outcome of Brexit before we book our next trip as no-one knows what the legal situation will be with regard to travelling with Layla.