This morning we took a slow walk into Füssen it is the highest city in Bavaria and we are at 800m above sea level. The town architecture is different in that many of the buildings are painted on the outside in such a way as to give a 3D effect.

We wandered around for some time, looking at the castle and other buildings and of course the shops before we sat down and had lunch in the sunshine, it has been 23 degrees here today. 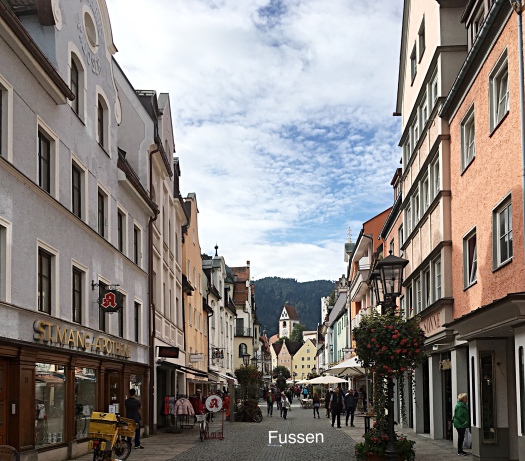 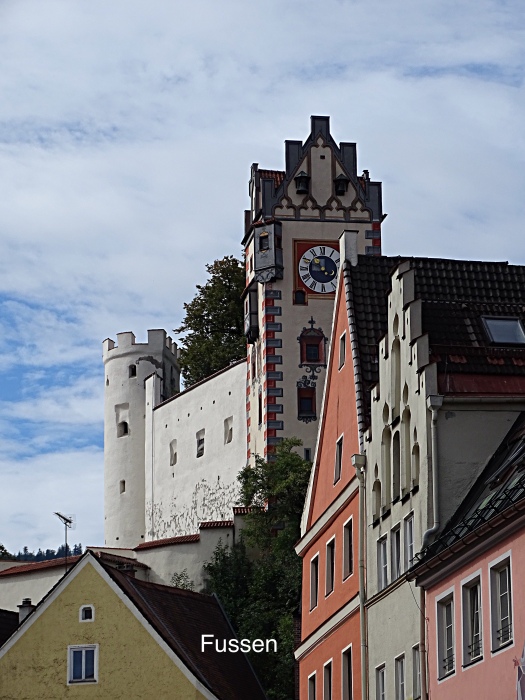 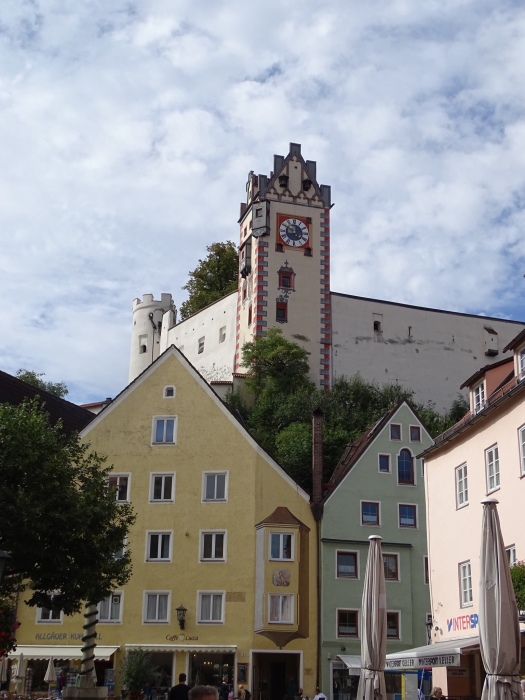 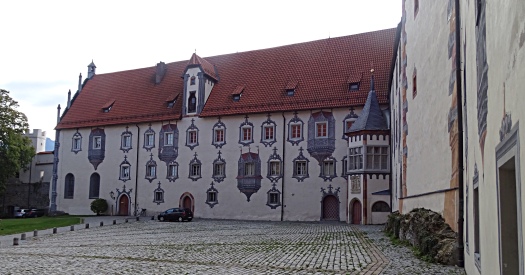 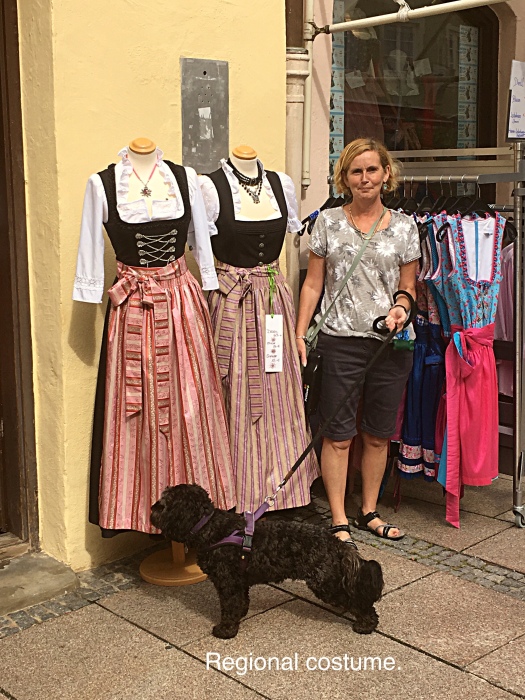 After lunch we walked out of town to the lake where Layla had a great time. 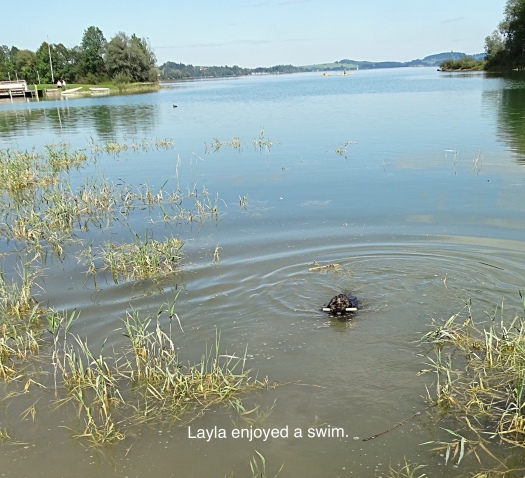 As we walked along we passed a stand selling pumpkins and other similar things, they are quite common by the roadside with an honesty box for your payment. 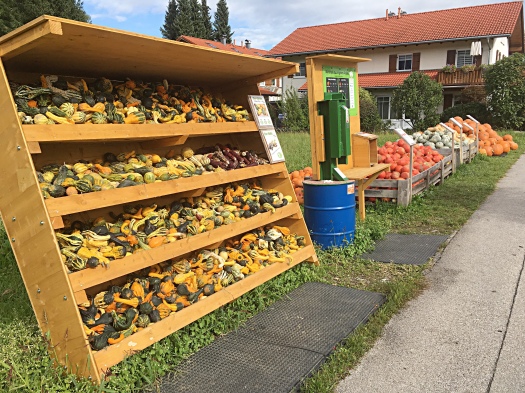 From the lake we could see Neuschwanstein Castle which is a 19th century Romanesque style palace on a hill near Fussen. It was commissioned by Ludwig II of Bavaria as a retreat for Richard Wagner. The Cinderella Castle at Disney is reputed to be modelled on Neuschwanstein Castle. 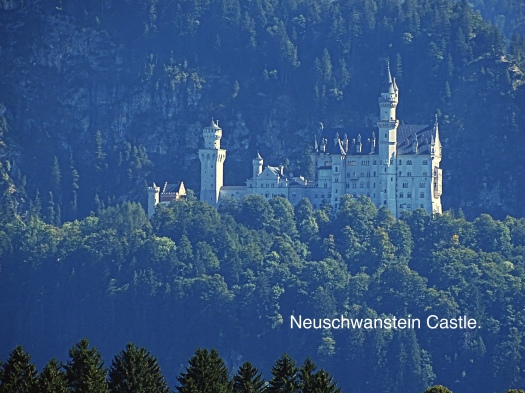 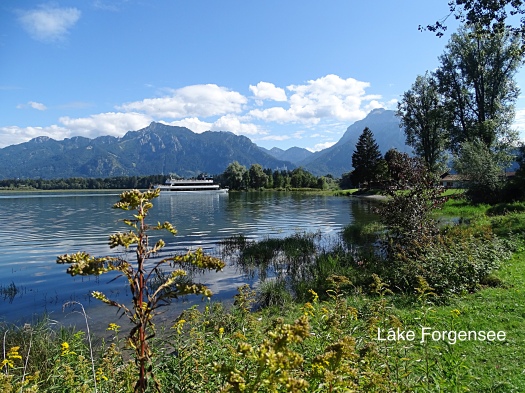