A cooler start to the day today, we found ourselves just below the cloud level so it was a dry start to our drive, but as we moved one we found ourselves climbing to an even higher level and drove through the clouds. We headed to an area with a large reservoir the surrounding landscape reminded me of mid Wales and it’s reservoirs.We parked up and went for a walk along the reservoir and Layla was befriended by a large dog that was roaming free. 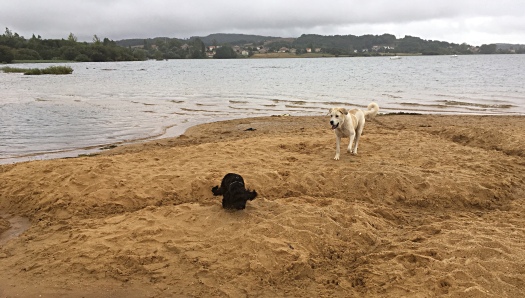 Onwards we drove along small country roads gaining height all the time and eventually we drove out into sunshine, we stopped to do a little shopping in a town Aguilar de Campoo, and decided we might as well have lunch in Homer before continuing. As we sat there the car park began to fill up rapidly, cars parked on both sides of leaving very little space, I became more and more concerned we would be trapped there until the Spanish people who were parking returned from long lunch breaks. So we hurriedly packed up and I managed to squeeze out of our space and escape the car park.

From here the road became even more tortuous, we gained even more height until we were over 3,000 feet and the road took us through rocky dramatic gorges, past lakes and eventually a long descent where the hairpin bends made me feel as though I’d done an upper body work out, I think I’m developing muscles! 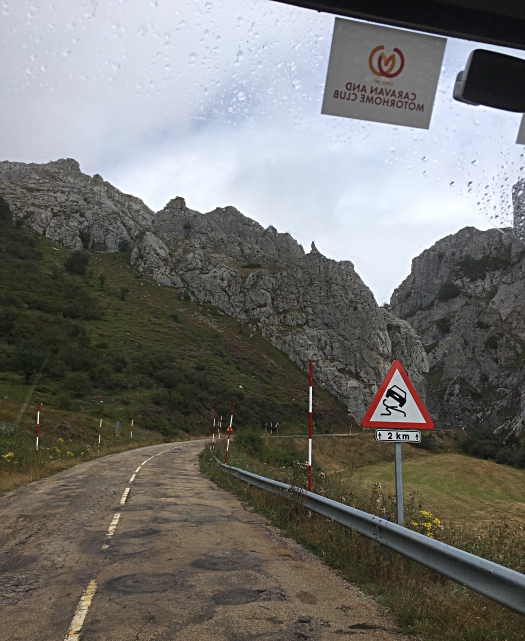 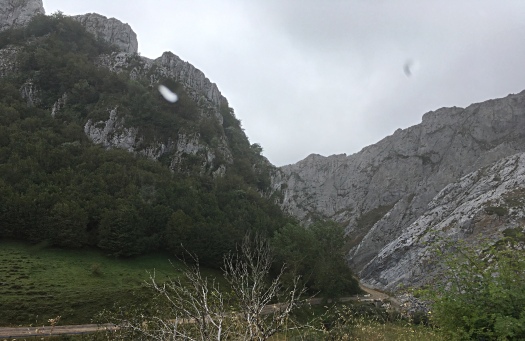 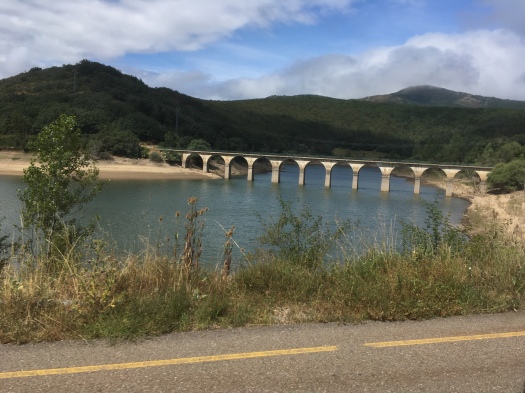 We eventually arrived at Potes, we didn’t stop but drove through a further 1km to reach our campsite for the weekend La Viorna We are on a pitch that’s ok for our needs with electric hook up and the toilets and showers are superb, however it all feels a little of a culture shock. For the past four and a half days we have hardly spoken to a soul, we’ve seen no English people and only heard Spanish spoken, here there is a continual cacophony of sound with Spanish, German, Dutch and English being spoken, we have had conversations in English with several other campers and exchanged useful info, I’m sure I will get used to it. 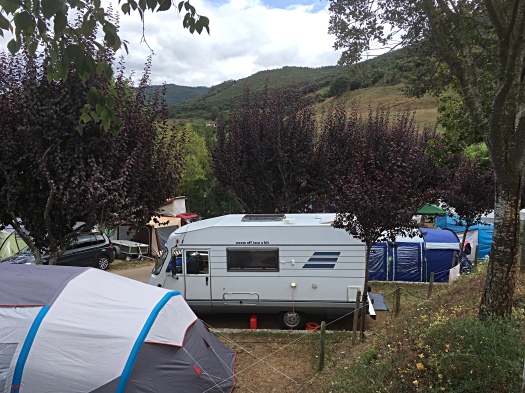