Tonight Homer is resting his wheels at Villeneuve a town on the extreme eastern end of Lake Geneva or Lac Leman as it is known to the French. The lake is shared between the French and Swiss (we are still in Switzerland) and is overlooked by theAlps, Mont Blanc isn’t too far away and can be seen from some points on the lake. The lake is 73km long making it one of the largest in Western Europe. 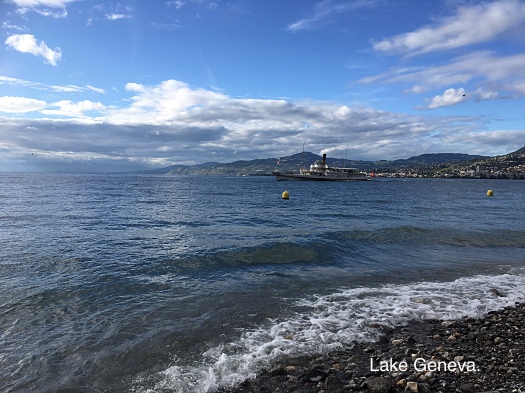 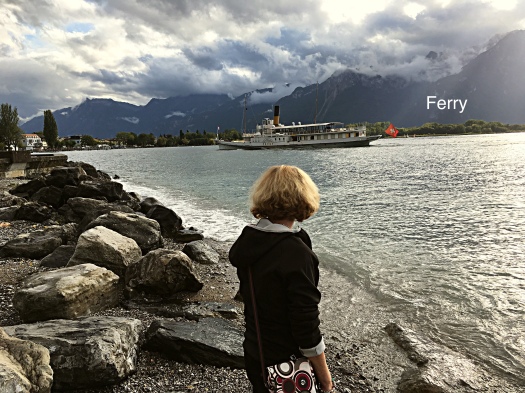 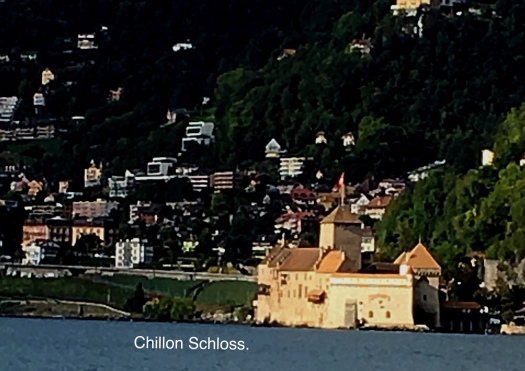 We has quite a good journey here today, less mountainous and less tortuous to drive and only two tunnels! We arrived at 1 pm only to find the Reception on the campsite closed from 12.30 to 4pm for “lunch”, there was a barrier across the entrance to prevent access. We decided whilst waiting to go and visit a few of the local supermarkets and use up the last of our Swiss Francs stocking up on bits and pieces, unfortunately it began to rain at this point and we had showers for the next hour or so. We quickly realised that we had now moved into the French speaking area of Switzerland and we could understand the assistants in the supermarket, read the labels and even answer when asked a question.

We enjoyed a good walk along the edge of Lake Geneva and Layla had her usual swim, even though it said dogs not allowed ( no one was looking) and we returned to Homer via the local town of Villeneuve.

It’s interesting and sometimes confusing how each site operates, yesterdays site in contrast to today’s also closed for “lunch” but told you to find a pitch and report to Reception later and you would be told if it was free, We selected one we fancied but typically when we went to Reception we were told it was reserved, so we had one 10 metres away instead. You were given a laminated card with your name on it to put in a slot on a post on the pitch so if you went off somewhere no one would take your spot, we also had to borrow with a 40 Swiss France deposit an adaptor to connect to the electrics as the Swiss system is different to others, I have several adaptors and thought I’d be OK for this trip but hadn’t taken into account the Swiss system.