Tonight Homer is resting his wheels on a large campsite on the outskirts of Interlaken on the shore of Lake Thun. 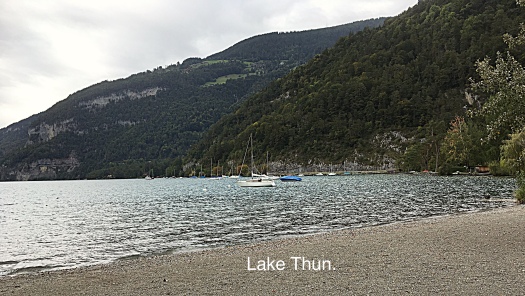 The journey to Interlaken was a little more varied than yesterday’s driving with the main roads being quieter, the scenery more interesting and at times the route quite mountainous, again we went through 12 tunnels. As we left Lucerne we stopped at Aldi for a little shopping and they were selling large beer glasses and other items due to the Octoberfest starting in Munich this coming weekend. 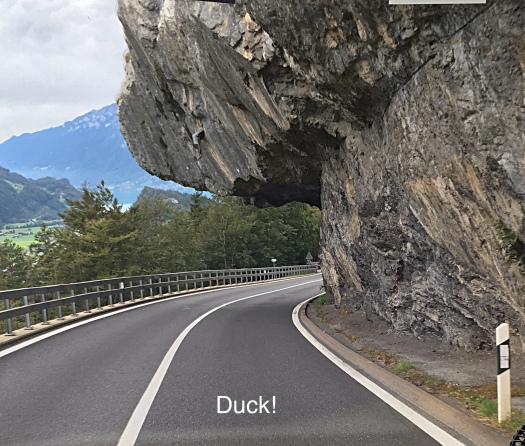 Parking Homer in Interlaken was for once quite easy and the town wasn’t too busy, near where we parked was a park area where the hang gliders came down in tandem carrying tourists. In the background were the snow covered mountains of Eiger and Jungfrau. 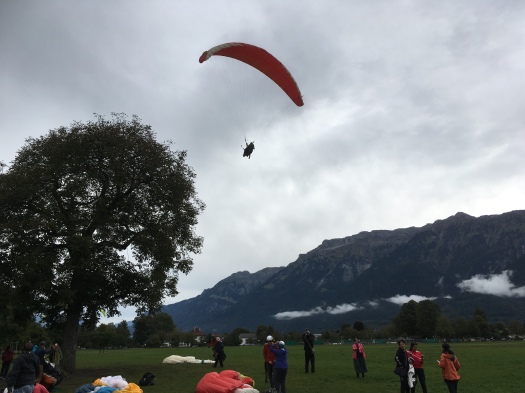 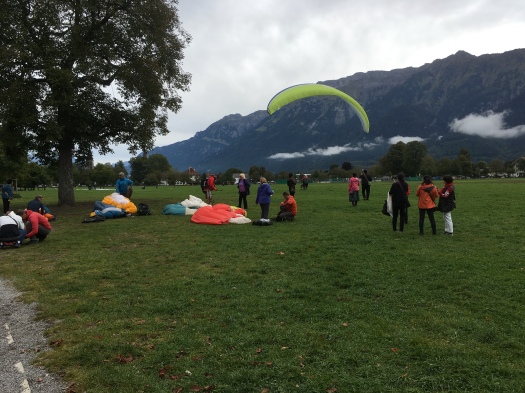 As we walked around Interlaken we realised we had been in this area about 10 years ago, my sister and brother in law lived near Basel and we came over for New Year with daughter Steph and son Matt. We took a car ride from their house to this area and decided to go up to the revolving restaurant Piz Gloria, of James Bond fame, which is situated on top of the Schilthorn at 2,970m. It was a fascinating journey up using three modes of transport and when we arrived with promises of fantastic views of the highest mountains, there was a “white out” vision was down to a few metres and they evacuated the restaurant down to the next level. Ah such adventures.

Tonight’s stay on the campsite is to allow us time to use the full services, washing machines etc and prepare for the next stage of our journey. We have seen in the news that there has been extremely heavy rain and floods in England today, we haven’t got away ” scot free” it’s been drizzling this evening.😊☔️