Tonight Homer is resting his wheels in Annecy an alpine town in south east France, known for its “old town” with cobbled streets, winding canals and pastel coloured houses. 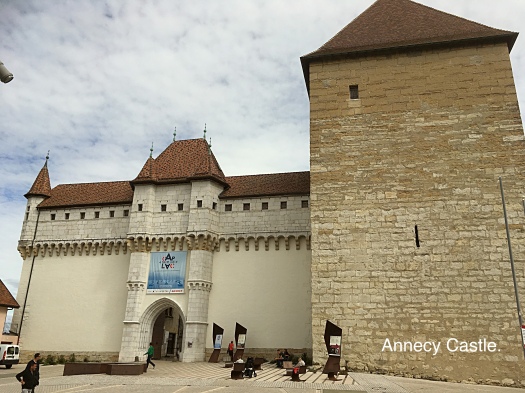 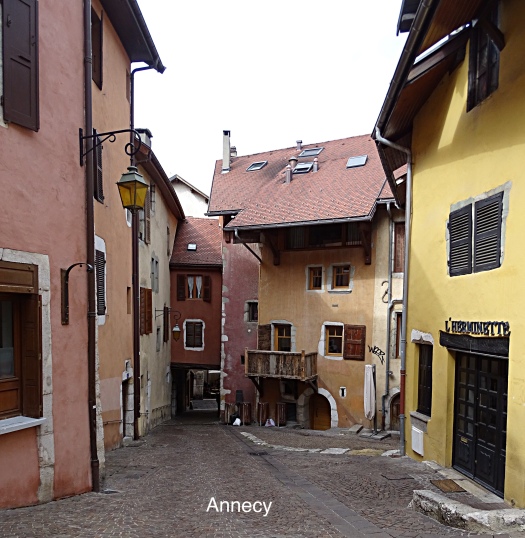 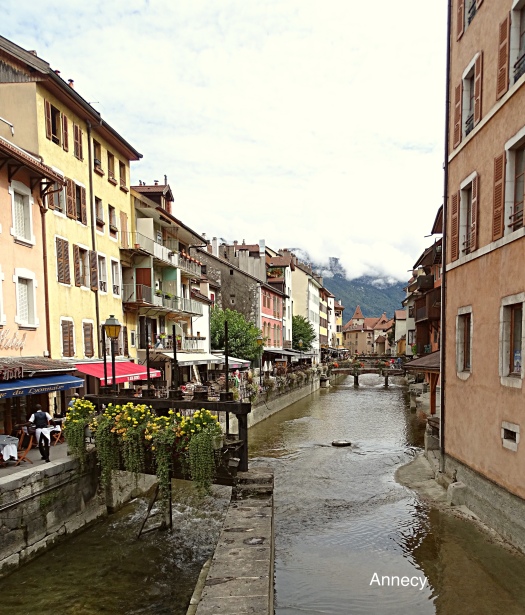 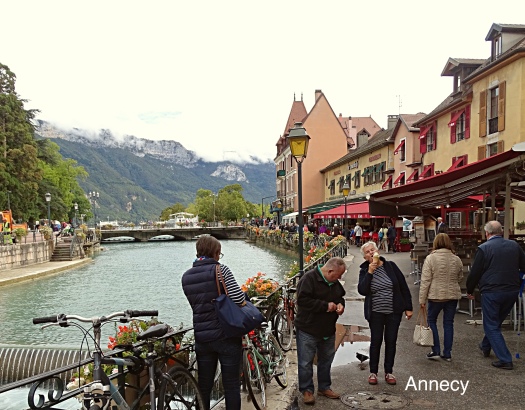 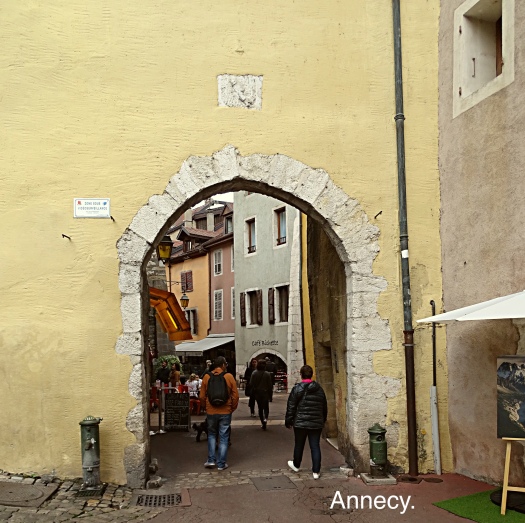 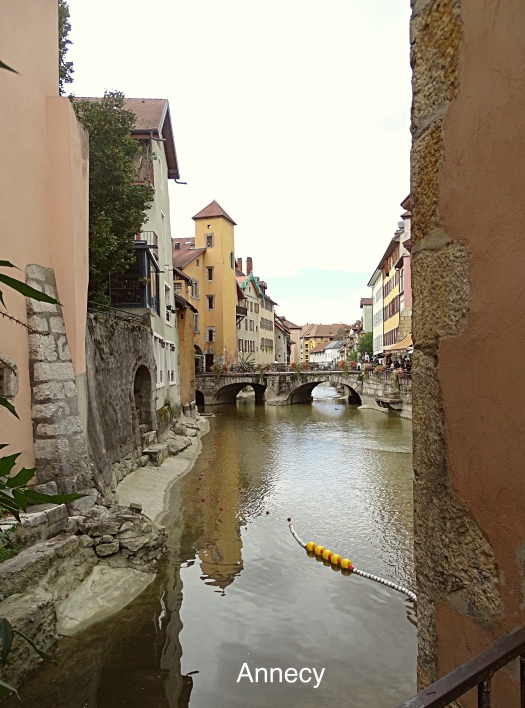 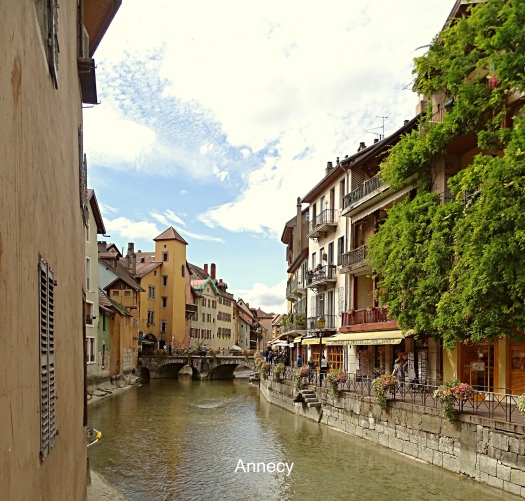 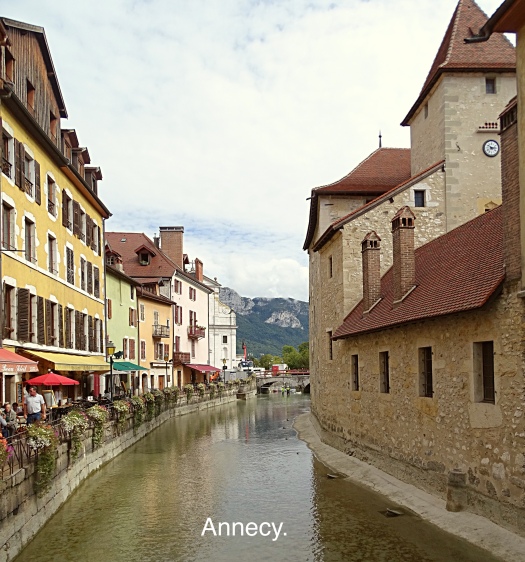 We are actually staying next to the ” Basilique de la Visitation high on a hill outside Annecy, the Basilique was built in the 1920’s and is dedicated to St Frances de Sales and St Joan of Chantal, a community of nuns live next door to this bell tower so we are on best behaviour. 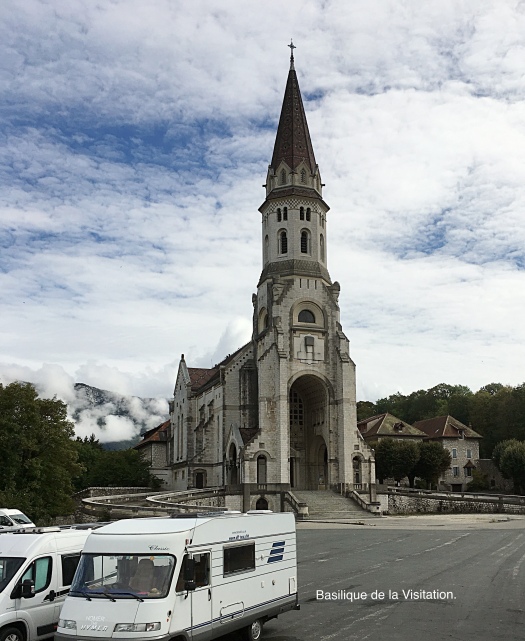 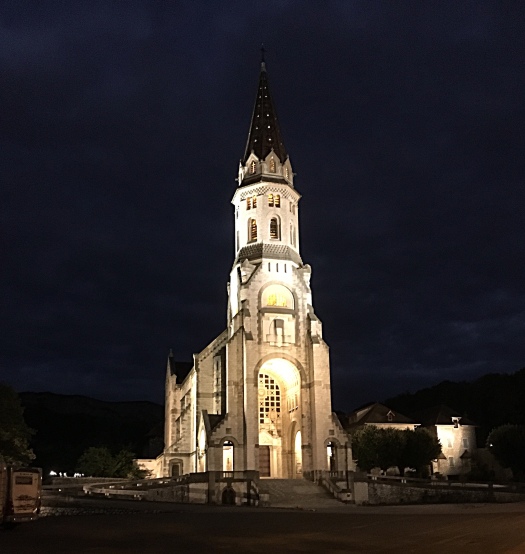 Its a beautiful building but the clock chimes every 15 minutes, I’m hoping it doesn’t go on all night. From where we are parked we can see down into Annecy and the lake below. 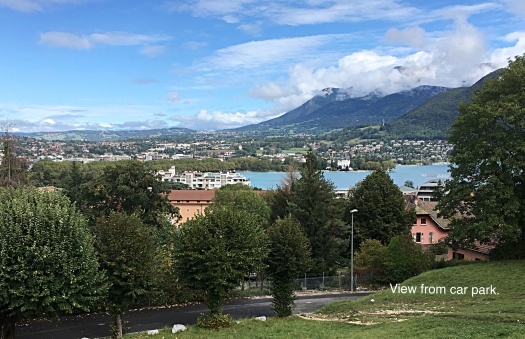 Last night it rained gently on and off all night, so were pleased it had stopped when we set off and the weather brightened up and was in the low 20s this afternoon. Not many miles after leaving last nights stop we crossed a manned border post ( we were waved through) and lo and behold back in France after some weeks. It didn’t take us long to notice the difference between the German, Austrian and Swiss roads compared to the French, we drove 75 miles today and by the time we arrived half the contents of Homer, not locked in cupboards were strewn around, we had become complacent after such pleasant driving surfaces.